Welcome to Nexellence! Please select the language to proceed.

Welcome to Nexellence! Please select the language to proceed.

Litigation refers to the dispute resolution process through the courts. Having been a British colony until 1960, the Cypriot legal system and rules relating to litigation are primarily based on the English legal system. The courts are divided into six types: District Courts (civil actions); Assize Courts (criminal cases); Family Courts; Rent Control Tribunals; Industrial Dispute Tribunals and Military Court. All are presided over by the Supreme Court which (amongst other duties) acts as an appellant court to hear the appeals from lower courts in civil and criminal matters.

We try to ensure a broad approach to litigious matters
but cases often fall into one of the following categories: 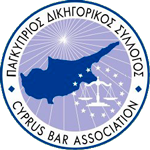 This website is for informational purposes only. Using this site or communicating with Nexellence through this site does not form an attorney/client relationship.
This site is legal advertising.